After much anticipation, the doors of the new trout season are open to those willing to tangle with a wily Tasmanian brown trout.

An unprecedented amount of rain has fallen in almost every corner of Australia’s fly-fishing capital, with some regions witnessing the wettest three months since records began. Some thirty-five bridges were either damaged or completely washed away in the deluge, with some significant structures never to be seen again, while rivers and streams in selected pockets, carved out new directions entirely. So where do all the trout go in this type of event?

Suffice to say, that a whopping percentage of the angling fraternity have been pondering such thoughts, while nervously dusting off the gear and pouring over lake levels and river plots. While well aware of the trouts resilience, I too, mused over the potential impact of these phenomenal forces.

I’d been yarning with mate and fellow RiverFly guide – Peter Broomhall, on the desire to head up high in a catchment somewhere to see if we could lay our eyes on a trout or two. I’d had some pretty good opening season success in recent years with trout on dries, so the thought seemed more than reasonable.

In the week leading up to opening, a high had been loitering over Tassie, ensuring that rain was kept to a minimum – finally! Thinking this would stabilise headwaters, me and Pete hatched a plan to sneak out.

Some family time in the morning saw me catching Peter at the rendezvous point during gentlemen’s hours. It was cool, with a little breeze but the sun was shining and we were a little enthused to dip our toes in the water. First glance looked great from the get-go, clear water – swift but not full. Cold, but not frozen. It was only a matter of metres before we spooked a handful of trout hanging near the tail-out of a pool – a good sign!

The first few fish we found seemed reluctant to eat the dry or a nymph trailing underneath, before eventually spooking. It wasn’t until Peter offered up a likely run under a tight canopy, that we enticed the first one to eat. It came up from a couple of feet to eat a Bruiser’s Bug with gusto. Once we landed this one, Peter clipped off his nymph and we continued upstream fishing a single dry, taking turns at fishing runs, sighting the edges and catching up on off-season antics.

We both found fish that were slashing at the fly without connecting, though I may have used this fact to hide an ill-timed strike or two! We certainly didn’t smash them, but we didn’t expect to. A handful of fish each on dries exceeded our level of satisfaction by miles. As the light was fading, hundreds of mayfly spinners caught our attention as they glistened in the sunlight, hovering above the bushes. The baetids were a welcome end that certainly made for a splendid way to round out the 2016/17 Tasmanian Trout season opening weekend. 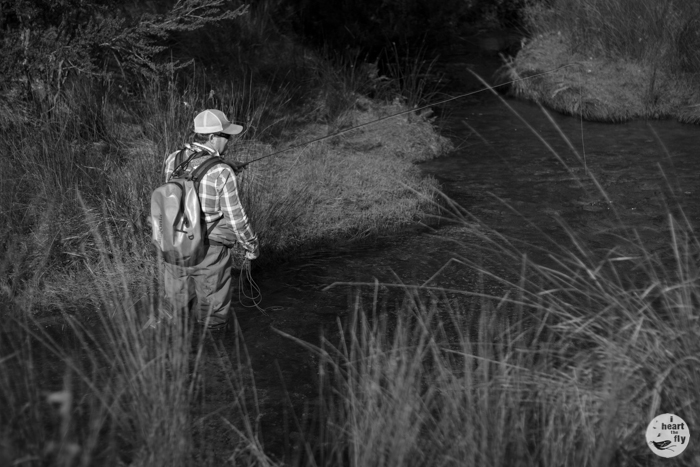 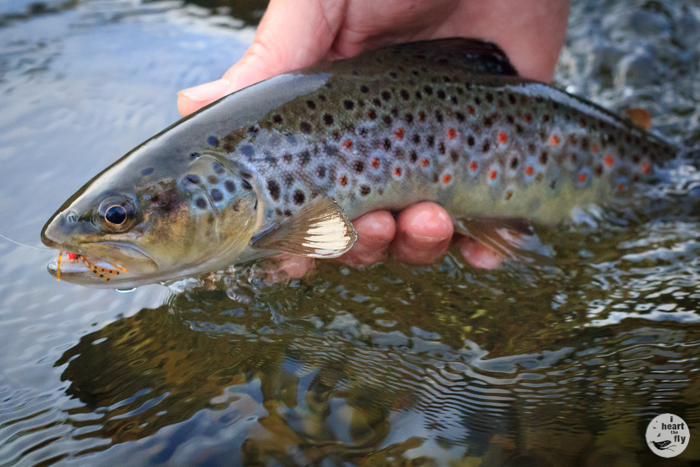