You know you’re up early when the birds are fast asleep and Rage is pumping out some really weird stuff.

Hooked up with Andy and loaded the bikes into my bus, with the intention of having a ride amongst the Nineteen Lagoons. Although we were pumped to ride, relief swept across our mugs when the gate indicator at the Liawenee turnoff read ‘OPEN’.

We pulled up at our destination at 6:30am with a light dusting of snow settled on the ground, coupled with a bloody cold wind. A quick wander saw us on the waters edge looking for tails. Five minutes in and Yapper spots a tail waving at him. Covers it with the Fur fly and he’s on. A nice little confidence booster to kick things off.

Soon after I spotted my first tail. Fish swam toward me through a gutter and spooked at my feet. Despite the ideal looking water we spent the next hour or two seeing bugger all but a couple of spooked fish while searching. 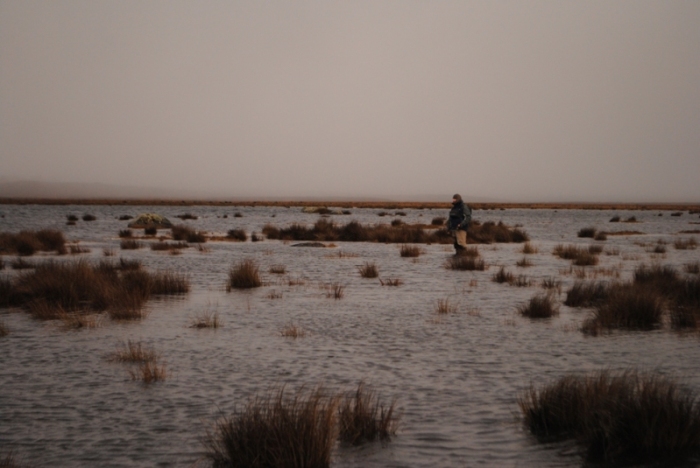 A decision was made to scoot off to some more water. A little blue sky tempted thoughts of sighting fish in the shallows. Yapper tempted one out from the undercuts and watched the fish eat and spit the fly. He cast again and the fish repeated the take, this time he’s on! 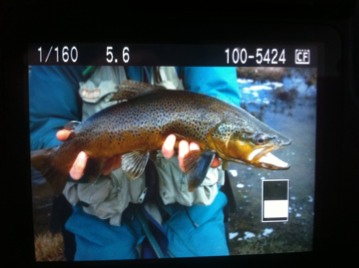 I’d had a shot at a couple of fish and muffed them up so sometimes you just gotta get on the board. On with a bead head bugger and quickly into a fish. Another followed not long after when I’d cast out and left it there to have a look around for Andy. Started stripping and there was already weight there! 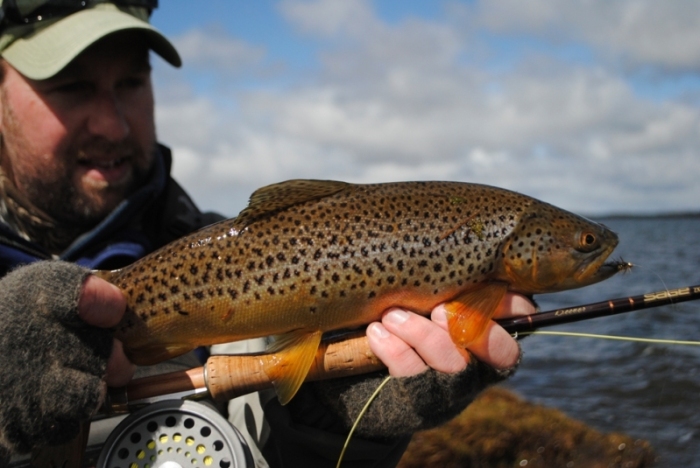 We snuck over to another lake which looked awesome. The sun was out a bit more and you could see quite a distance on the sandy shores. We spooked a couple that were in shallow but the sport was rather unremarkable! We high-tailed it for the car and a quick stubby before the drive home. Not stacks of success but stoked to be back out there and making the most of limited outings! Sorry about the pics, they are photos from my phone of photos on my camera. The other two are Andy’s pics – Good onya cobber!